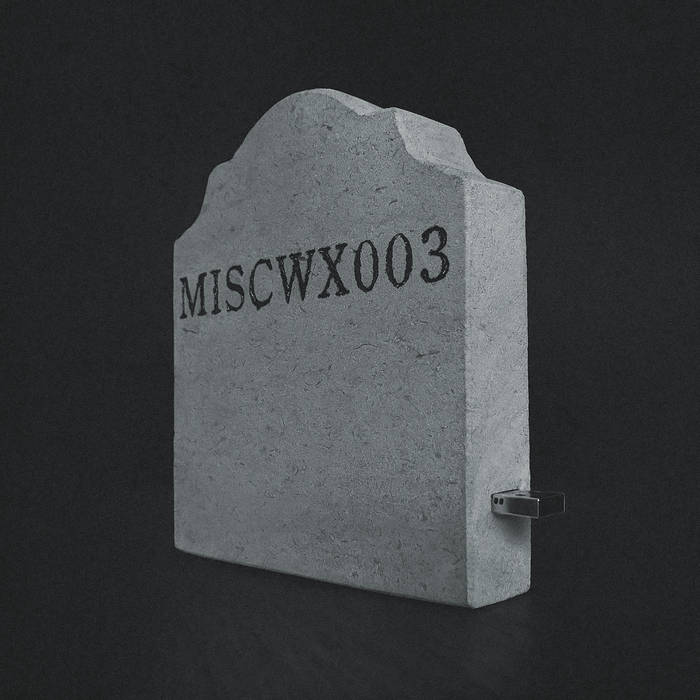 This silly season, as the sales kick in and 2018 approaches like a giant lump of Trump-like lard, do the right thing for that special someone in your life and buy them a hyper-limited-edition hand-carved USB gravestone containing the first full work from Brothomstates – lord of intelligent dancing – in over a decade.

This terrifying, smallish slab, carrying a terrifying, shortish slab of semi-autonomous computer music that we’d probably describe as ‘post-IDM’ (although might also file under categories as esoteric and nebulous as ‘postmodern decomposition’, ‘dubstep 2.0’ and ‘processkore’), plugs directly into your home computer, fuelling it with the vital sonic syrup it needs to survive a cruel winter of landfill pop, munty Tescozak and dusted-off edam. If it doesn’t break it in the process.

“A satirical piece from the archives”, we’re told – out of hibernation, tarted up and off the leash – ‘Untitled’ was written “as a sort of a counter-reaction” to the unrelenting maximalism of today’s saturated sonic field, where crushed kicks, plastic piano leads and idiotic lovestruck psychobleets, compressed into tinnitus-inducing oblivion, reign supreme. Spanning drone, glitch, pop, hop, step, tek, bass, bleep and algorithmic industrial appliance-wave, it packs a singular, system-smashing punch; you won’t know what’s hit you till it’s too late.

Delivered to us via “moped interwebs”, all the way from “Soviet Finland”, this also happens to be HMS Misc.’s first guest release, and it’s a thrill indeed to welcome the inimitable States o’ Brothom, one of Warp’s finest, aboard. For those familiar with his genre-shredding sound(s), it will be both instantly recognisable and appealingly new. For those not, it’ll probably just sound psychotic. “Different times, different manifestation”...